All That Glitters: A mountain of gold

Gold. This simple mineral has created fortunes and made dreams come true. Many us who have lived in the Pikes Peak region for a few years have driven up Ute Pass and then on to Cripple Creek and Victor. It’s a great day trip for kids and grandkids.

And if you’ve never visited Victor’s Lowell Thomas Museum or the Victor Ag and Mining Museum, you’re in for a treat. It’s as if the past – with its heavy ironclad machinery, old drills, rusty shovels, tractors and sepia-tone photos of (mostly) men on the job — suddenly comes to life. The chance to actually pan for gold at the Lowell Thomas is a bonus for anyone willing to scoop and sift.

But touring museums is about more than the past. Imagine a chance to actually see the Cripple Creek and Victor gold mine up close. The operation is run today by Newmont Mining Corp – the world’s second largest gold mining company. It’s a 24/7, 365-day a year focus that employs 580 workers. Over the last several years, Newmont CC&V has brought about $600 million of new equipment and technology on-line, and gold production grew to about 400,000 troy ounces in 2017, double 2016’s total.

Identifying, removing and processing “ore bodies” (mineral-laden rock) from the earth isn’t easy. The work involves complex geophysical engineering, state of the industry ore processing and sustainable practices – all to achieve a satisfying economic as well as environmental result.

To meet demand for gold in the medical, aviation, space and electronics industries – as well as for jewelry and bullion – the mining industry is closely regulated by federal and state governments for dust, light emissions, water discharge, noise, vibration and, most importantly, safety. “The high cost to extract valuable minerals and to efficiently separate them from non-mineral material requires very specific technical know-how,” Poulson says, “and our geography only makes the job more interesting.”

Mining begins with exploration. Test-drilled rock from up to 2000 feet below the mine’s surface – all carefully measured and monitored – is brought to the surface. These ore bodies are then assayed for gold content. Once found, a series of 300 holes, 15 feet apart and 40 feet deep are drilled and explosives are used to blast the rock or “muck,” which is then trucked to a crusher complex. Any muck not containing gold is stored and used for reclamation and in backfilling surface mines.

Some of the mine’s most dramatic visuals – viewed during public mine tours – are the gigantic haul trucks used to transport muck. Twenty-seven feet tall, 25 feet wide and 40 feet long, Newmont employs 22 of the giant workhorses. Colorado Springs resident Michael Raedel recalls seeing haul trucks during a mine tour with a company geologist.

“They’re impressive – and the drivers never turn them off. Our guide told us they simply idle them through the shift change between day and night crews — it saves energy and is more efficient,” he says.

Responsible energy preservation and maintaining sustainable practices such as lined leach fields (where chemicals and water are used to extract gold from other material) is welcomed by the mine’s Victor and Cripple Creek neighbors. The Southern Teller County Focus Group, for example, works with Newmont to develop local trails, preserve and relocate historic buildings. “Newmont’s high environmental and employee safety ratings are a plus – and they seem responsive to our concerns for noise, air and movement from blasting, if and when it occurs,” says STCFG President Ruth Zalewski.

Poulson says Newmont is proud to be a community partner and environmental steward. “Our goal at is to return any land within our perimeter to a use similar to the way we found it.” 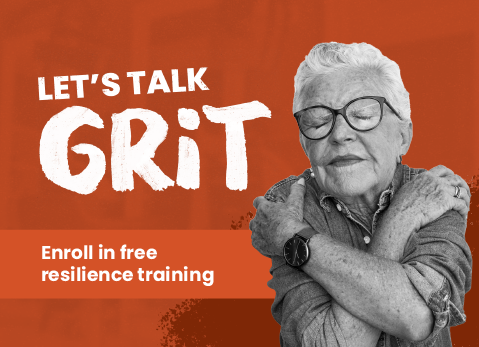