Palmer Homecoming and the Alumni Hall of Fame

In the dictionary, the word “homecoming” is used in the sense of coming home, as well as for learning institutions welcoming their visiting alumni. It isn’t just a time for a bonfire, a dance and a football game. It is a time to honor your past classmates, too.

The first alumni association ran from 1894 – 1918 and the present CSHS/Palmer Alumni Association was founded in 1984. As of now, there are 111 graduates in the Alumni Hall of Fame. This was started at the 1985 Homecoming. Since the school opened in 1875 (one year before Colorado became a state), there have been 41,088 graduates. 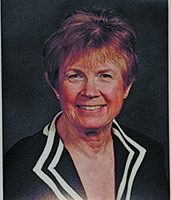 The Hall of Fame Induction is quite a sight. There is a lot of fanfare that is put into this event. If it were you who was being honored, wouldn’t you welcome a gala on a grand scale? Well, all of those volunteers who work at setting this up, have done their very best to do just that!

Our Hall of Fame includes educators, doctors, politicians, military figures, judges, mayors, an actress, coaches, mentors, a police chief – a wide array of people, to inspire the students of today. Their portraits hang above all of the trophies on the first floor, for all students to see.

The inductees are first treated to a tailgate party prior to the Homecoming football game, on Oct. 12th. They are introduced at half time. They get to travel to the game in style, thanks to vehicles provided by the area’s Model A club.

The following morning, the 13th, in Palmer’s cafeteria (Weber Street entrance), there is a Complimentary Brunch put on by the Alumni Association. This precedes the Hall of Fame Induction ceremonies, held in the auditorium. Immediately following, we gather at the Trophy Case, just down the hall and a few words are said, then their portraits are unveiled.

After that, as is tradition, the new members are invited to ring the bell (from the original school and cast in 1879) in the courtyard, something which up until very recently was reserved for graduates, only. This is all capped off on Sunday the 14th, with a Hall of Fame Honorees’ brunch, which is by reservation only; at the Colorado Springs Country Club. Reservation forms are on our website: cshs-palmer-alumni.org.

This year, we induct three more graduates, in class order: