Posted on March 6, 2019 by Rhonda Wray Leave a comment

Iris Davis is no stranger to Death Valley. At the tender age of 18, she was already married with an infant. Four years later, her husband died in a car accident, leaving her to raise her 4 year-old and a brand new infant.

Severely depressed with no income, she began a long and arduous search for work. One day, while wandering the streets of London and “crying” (as she put it), she happened to stop in a local gym. Something told her that exercise would be a good idea, and she asked to join. Back in the day, they would have laughed her right out the door. Females were not allowed in sweaty old gyms. But she got lucky. They welcomed the tearful widow with open arms.

She began exercising and, behold, a strange thing happened. When she was in the gym, her depression stayed outside. So did her anxiety. Weightlifting turned out to be the perfect relief from grief. Eventually her depression and anxiety got bored and left. The battle was over. Her toughest battle, however, was yet to come.

When she was 45, (still a mere pup), she developed myalgic encephalomyelitis, a virus affecting the brain. True chronic fatigue syndrome renders a person incapable of living a normal life. Her symptoms were unbearable – including severe fatigue, muscle pain and memory damage. If that weren’t enough to shake her spirits, the virus left her paralyzed for five months, and it looked like she would need a wheelchair for the rest of her life.

But Iris knew better. She had experienced one miracle through exercise. Against all odds, she decided to go for a second. After two agonizing years, she once again made her way into a fitness center.
What followed was a courageous, determined and difficult training period. She plowed through obstacle after obstacle. After years of hard work, Iris entered her first bodybuilding competition at age 50. At 62 she dominated the Florida State Championship and won it again at 63. Today, at age 75, she is in high demand as a personal trainer with clients between the ages of 18 to 80. She told reporter Liana Jacob, “I would say that my decision to concentrate on exercise has absolutely not only saved my life but has given me a very good life.”

Death Valley has many faces, and one of them is suicide. Now, I don’t pretend to know what it’s like to feel completely hopeless. But if you Google search “exercise saved my life suicide,” you will find dozens of stories from people whose “last resort” was a trip to the gym. So, if you’re stuck in a rut, feeling grievously depressed and lost, you may want to consider (as part of your healing) a trip to the local gym. They won’t charge you to look around. Avoid joining “salesy,” overly-friendly gyms. You’ll regret it. 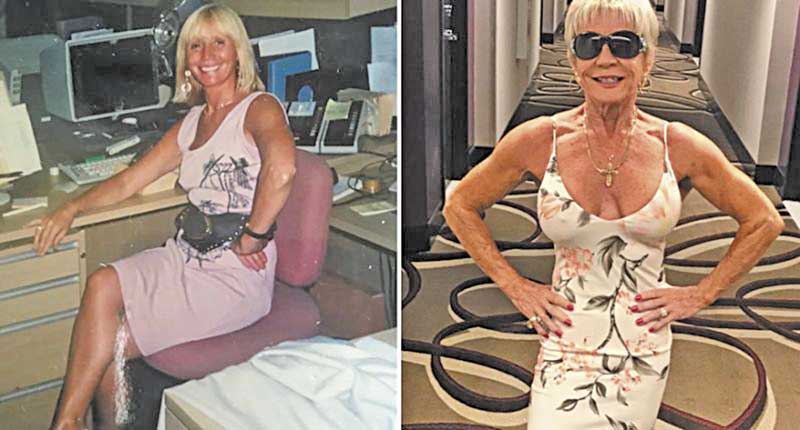 Instead, find some low pressure, kick-back gym where you can nestle in with all your quirks and foibles, tears and flaws – and make it your home. Last thought: If you are truly hanging by a thread, call the National Suicide Prevention Lifeline at: 1-800-273-8255. Or, if you need faith-based suicide prevention counseling, visit brokenbelievers.com for a complete list of proven God-centered help.

About me: I am an A.C.E. Senior Strength Trainer at Flex Gym & Fitness. You can reach me at victoryfitnessteam@gmail.com or call 719-445-8566. Always consult your physician before beginning any exercise program. If you experience pain or difficulty, stop and consult your healthcare provider. This article is not meant to take the place of any treatment or activity your physician has deemed necessary.